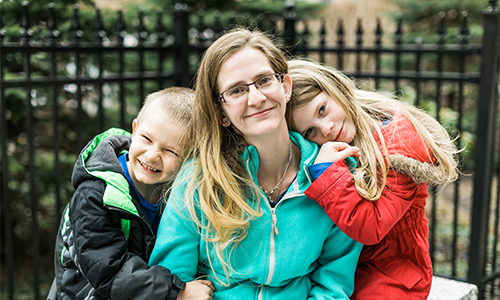 Anna Oldham’s 7‐year‐old son, Jason Fetter, passed away in July 2014 after tragically drowning while in another person’s care. He was life‐flighted to UPMC Children’s Hospital in Pittsburgh where he died and was able to give the gift of life.

“He cared for everybody and would give anybody the shirt off his back if he could,” Anna said.

Many remember his selfless personality. “He was this energetic, loving, kind boy. He would literally jump into a pool to save a life,” his sister Kaylee noted.

As an organ donor, Jason donated both kidneys and his liver, saving the lives of three others. For donor families, Oldham said that helps in the grieving process.

“They have that second chance at life, to have a normal life and be able to go on knowing that they saved somebody,” Anna said.

Anna lives in Bedford with her two surviving children (Kaylee and CJ) and her husband, Robert.