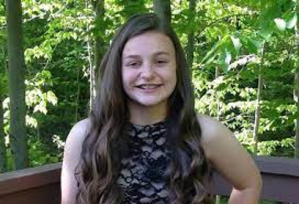 When Sophie Dernar tragically died in a biking accident in 2016, she was about to enter her freshman year at Seneca High School in Erie.

Sophie was a dedicated basketball player and was looking forward to trying out for the team. In 2020, the Seneca High School women’s basketball team decided to dedicate a game in her memory, which would have been Sophie’s senior year.

Despite the tragedy surrounding her death, Sophie will always be known in Erie as a hero.

As a registered organ donor in Pennsylvania, Sophie saved the life of a 14-year-old boy by donating her heart.

Sophie’s mother, Janice, said that it was an easy decision for their family to donate Sophie’s heart to someone in need, as Sophie had expressed that she wanted to be an organ donor to her parents before the accident.

In 2018, nearly two years after her death, her family finally met the young boy that she heroically saved by donating her heart.

On the daytime talk show “The Real,” the two families were able to have an emotional introduction for the first time. “My only wish is for the recipient of her daughter’s organ was that they live their life to the fullest,” said Janice.