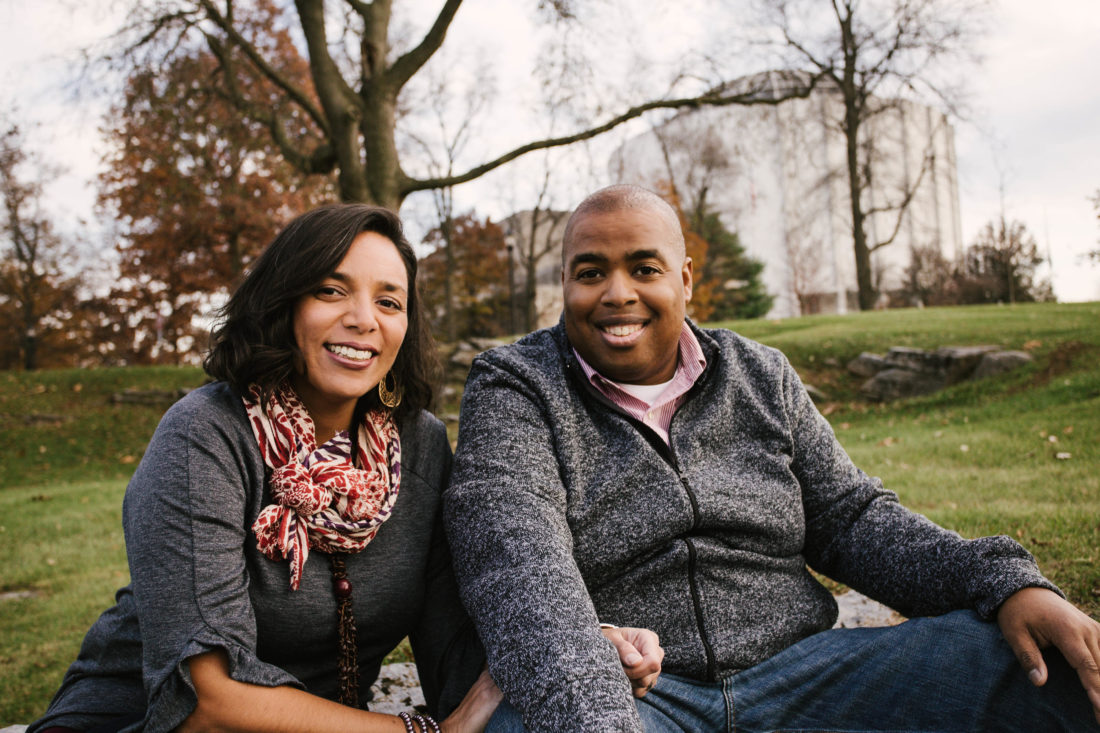 Lukeman Harvey, his wife Carolina and their three young sons have much to be thankful for. In October 2017, Lukeman received a life-saving kidney transplant that transformed his life. That same month, his wife Carolina donated her kidney to a young woman she never met as part of a paired kidney exchange program to save her husband’s life. Now, Lukeman is feeling vibrant and healthy after his 3 ½ year ordeal and his young family is happy and well.

Lukeman had always been healthy, but in 2014, he made the decision to go to the doctor after he experienced severe sleep issues. After numerous tests and x-rays, Lukeman’s doctor rushed him to the hospital, where he was stunned to learn that he was experiencing heart and kidney failure.

Two days later, the doctors had more shocking news. Lukeman was told that he would need a kidney transplant to live. He was then put on dialysis in July 2014 and his name was added to the waiting list in December 2014. While he waited for a kidney, his health slowly declined. He had little to no quality of life as his illness became more and more debilitating. Sadly, Lukeman no longer had the energy to do the things that he loved to do, like wrestle and play with his boys. His wife and sons were impacted as well. Carolina had to carry the weight of the household on her shoulders, and their young sons had to mature quickly and take on increased responsibilities.

“It was sad to watch the person you love in so much pain,” Carolina expressed.

As they waited, an innovative process known as paired kidney exchange gave them a fresh chance. The paired exchange connects individuals who are willing to donate a kidney – but who do not match with their loved one – with other people in the same situation. Lukeman’s chain included nine recipients and nine donors.

Lukeman’s donor chain and Carolina’s gift did not only help those nine people. When they received their transplant, it allowed nine other people to move up on the kidney waiting list.

“The blessings are exponential,” declared Carolina. “You can save more than one life.”

“As a kidney patient, I was in a constant state of suffering. Feeling awful became my new normal. Immediately after my transplant surgery, I woke up feeling physically and mentally better. With my new kidney, I feel like I’m in my twenties again,” Lukeman said.

The difficulties and trials of the past few years have taught Lukeman and his family an important lesson that many people seem to forget.

“Time is precious,” Lukeman said. “I don’t know what the future holds, but I don’t want to waste time. I want to enjoy life now that I have the energy and options to do so.”