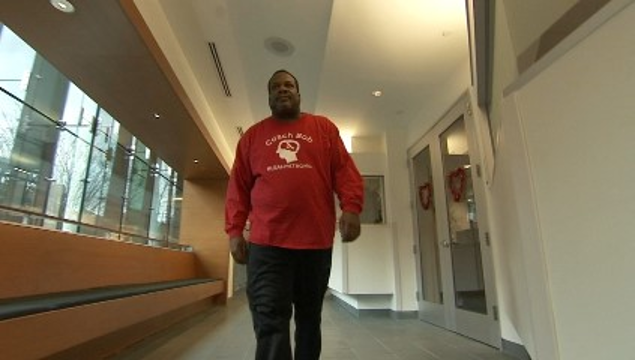 As a professional boxer, Glenn “The Talent” Turner thrived for years in Philadelphia’s boxing scene.

But after his pro days ended, Glenn’s fitness slipped, and he developed high blood pressure.

Unfortunately, his kidneys were badly damaged, requiring him to go on dialysis.

Over the years, he received several calls about potential kidneys, but they never worked out. Finally one night, he got the call that would change his life for the better.

Barely two weeks later, he was back in the gym doing what he loved most- training promising young boxers.
Not a day goes by where he doesn’t think about his donor’s family. Thanks to his donor, Glenn was given his second shot a life.
Glenn is now the voice of the Pennsylvania Golden Gloves, Eastern District, and their first tournament kicks off this month with weekly tournaments every Saturday. Learn more here.