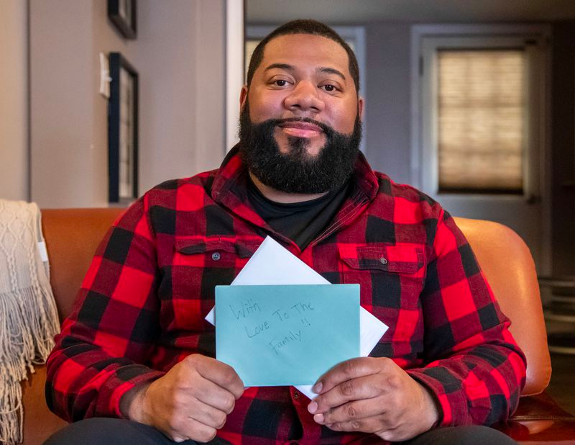 Chris Dempsey, a Harrisburg resident who works for the Pennsylvania Turnpike Commission, was on the organ waitlist for several years before receiving the kidney transplant that changed his life. In 2018, Chris began feeling sick for a couple of days before learning that his kidneys were failing. Chris lifted weights regularly and passionately worked two jobs but was hesitant to go to the doctor when he first noticed his symptoms.

Once Chris decided to go to the hospital, he was told his kidneys had failed and he needed to begin dialysis the next morning. Chris shares how difficult it was working while on dialysis, and how he struggled to live this way until receiving his transplant in spring of 2021.

Since his transplant, Chris has made it a priority to cherish his health. He credits his donor for lifting him out of depression and returning him to a healthy life. He thinks about his donor family daily and shares how he still feels connected to them knowing his second chance at life is a gift he received thanks to their generosity and compassion.