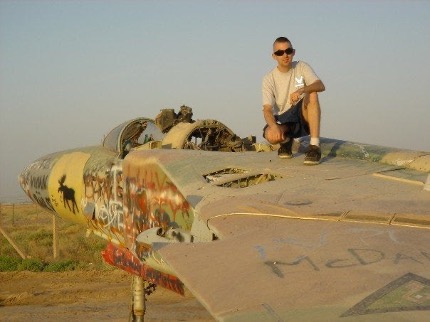 Andy Koehle joined the Air Force in 2002 out of a sense of duty, and a desire to help others. He did that while traveling the world, including a deployment to Iraq. Even after he tragically passed away in early 2017, Andy continued to help others as an organ donor.

“We tried to make sense of this tragedy and part of that was donating his organs to ensure he lived on somehow,” Bill Koehle said. “You try to make some meaning out of a life, and this was an opportunity.”

A 35-year-old man with cystic fibrosis received Andy’s lungs, and a 38-year-old husband and father of three children under five, who was also grieving the recent loss of his own 10-year-old child in a tragic accident, was saved by Andy’s heart.

Bill and Pat Koehle want their son’s story to offer direction for others and encourage others to register for organ donation. “It was reassuring and somehow comforting that after he died to know part of him went on to stay,” she said. “It was something I could then say out loud to myself. I hate the fact Andrew’s dead, but it’s so gratifying to know he could help other people.”